In Bulgaria twelve species of frogs occur, of which the most common are the green toad, the yellow-bellied toad and the marsh frog. The couple of green toads on the photo was shot on Arda beach near Madzharovo town in Bulgaria.

What is interesting about the frog is that the male is smaller than the female, as in most fish and some butterflies. When a female frog enters her breeding period, she begins to emit pheromones that attract several males around her. And since she is larger than they are, poor men have one by one to climb on her back and squeeze her under the arms. 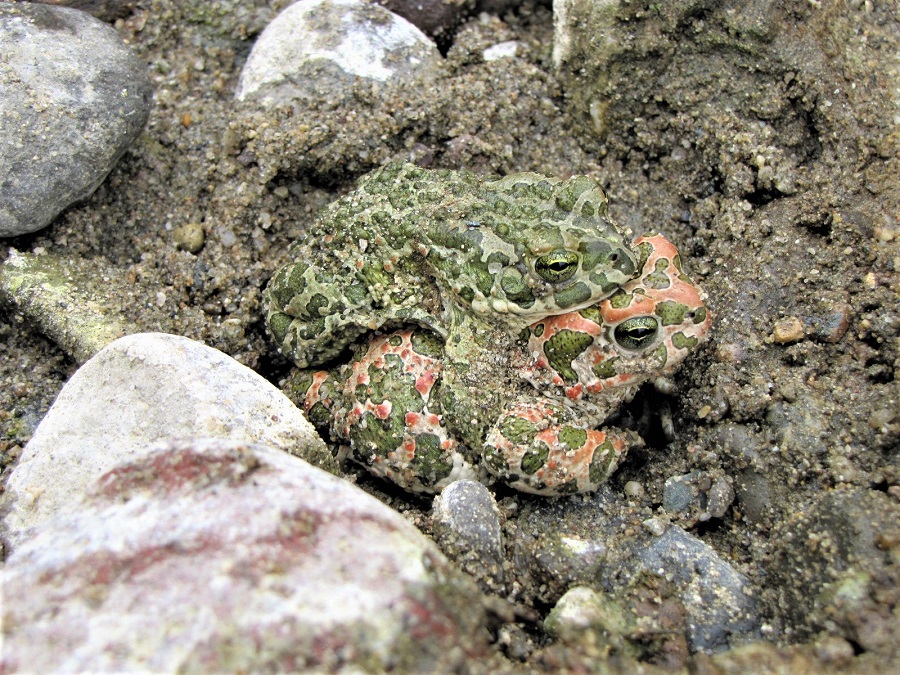 There are specific nerves which when pressed do debilitate the female so that the male manage to fertilize her. Sometimes several males have to mount the female one after another and finally the strongest of them (which squeezes the most) manages to get the job done.

The female is usually very aggressive

– when the male gets on her, she starts to run, jump, to wallow in the sand, trying to bring the male down. And if he is not strong enough to make her exhausted, she succeeds to throw him away. The female frogs look for a place near the water where they lay their eggs. The pair on the photo is in the sand, which means that the female dragged the male long time while trying to get rid of him.
And yet she is not totally exhausted.

Three tons of mosquitoes and a struggle for sex