Krumovgrad is a small Eastern Rhodopean town with approximately 5000 inhabitants. The surrounding landscape is picturesque and exotic. The area is rich in nature and offers various cultural highlights.

Krumovgrad is situated in between Kardzhali and Ivaylovgrad along the Krumovitsa river. This beautiful and almost unspoilt river runs through the region from north to south.  There are several outstanding  nature areas alongside the river, which host many rare animals and plants. 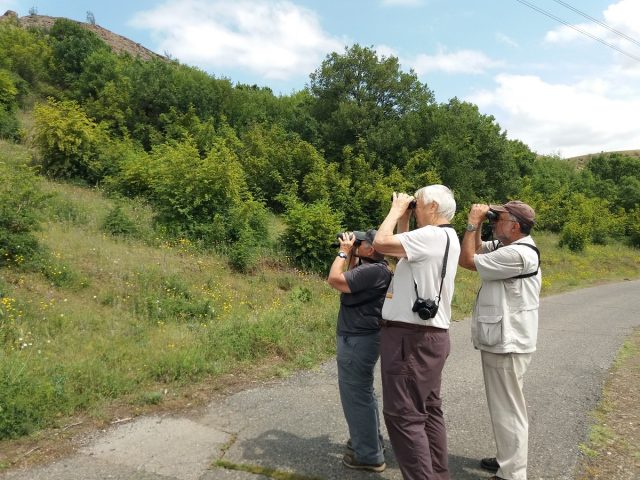 Almost 80% of the territory of Krumovgrad municipality is in the European ecological network Natura 2000. Nature lovers and birdwatchers could hardly expect a better recommendation. Valchi Dol is the most famous nature reserve with undoubtly the greenest reputation. It has an international reputation of being one of the best Bulgarian sites for mammals (wolf, fallow deer, etc), vultures and eagles.

The most famous site for bird watching is close to the village of Dolna kula along Krumovitsa river. The scenic road takes you along the bank of Krumovitsa river where birdlife lovers are never disappointed. The site is described in details in route 3 – Stunning Krumovitsa at Dolna Kula – part of the Crossbill Guide “Eastern Rhodopes”.

There are several local festivals, organized in the area of Krumovgrad. Most of them feature with traditional songs and dance performances. Festival clothes are remarkable with their colourful beads decorations.